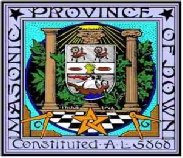 At our recent A.G.M. Our President, R. Wor. Bro. Des Smyth suggested that we should be trying to involve as many of the widows within the 5 District Charity Committee’s as possible. This applies especially to those who do not benefit directly from an annual annuity from the fund. He suggested that each Charity Committee could hold an afternoon tea at a local hotel / restaurant towards the end of the year.

This would be a simple affair to which each Lodge could bring along as many of their widows as possible and at which some entertainment would be provided.

We know that this idea will take time to build the numbers up but it is important that every widow in our area knows that they are still remembered and not forgotten about.

In line with current Covid-19 advice all Widows’ Teas have been cancelled until we feel it is safe for them to return bearing in mind the age profile of those who would be attending. We apologise that this action has had to be taken but we must protect those most at risk.